Phone and Walk for Candidates

Though most statewide offices went without endorsement at the recent Democratic party convention in San Diego, a few candidates did achieve the 60% threshold: Secretary of State Alex Padilla who is running for re-election, State Senator Ricardo Lara for Insurance Commissioner, Board of Equalization member Betty Yee for State Controller, Fiona Ma for State Treasurer, and Tony Thurmond for Superintendent of Public Instruction. 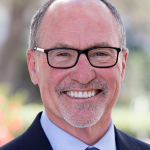 Recently re-elected city council member Gregg Hart has won the county party’s endorsement in his bid to be 2nd District Supervisor. Hart has previously served on the California Coastal Commission, SB Planning Commission, and three previous terms on the City Council, starting in 1995 and again in 2013, and currently represents District 6 on the council.

What had appeared to be a two-person, two-Democrat race changed radically this week when Hart’s opponent, Goleta School Board member Susan Epstein, decided to drop out of the race for personal reasons. March 14 is the filing deadline.

Betsy Schaffer has earned endorsement for the office of Santa Barbara County Auditor/Controller. A Certified Public Accountant since 1995, Schaffer’s résumé features 15 years direct experience with the Auditor-Controller’s office, and she is currently the Assistant Auditor-Controller. 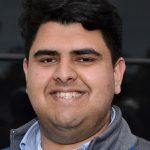 For the special election to fill the District 3 Santa Barbara City Council seat left vacant by Mayor Cathy Murillo, county Democrats have endorsed Oscar Gutierrez. A product of the Westside schools and community that he seeks to represent, Gutierrez studied broadcast journalism at SBCC and graduated from UCSB in Film and Media Studies. Since 2001 he has worked for LifeChronicles, a local non-profit, and volunteered locally as a broadcaster and Spanish language translator. The special election will coincide with the June 5 Primary.

The DCC so far this year has passed resolutions in favor of the following:
HR 3671 (Off Fossil Fuels for a Better Future Act) to move the United States toward 100% renewable energy sources.
California Fair Pricing for Dialysis Act, which is in process of qualifying for the Nov. 2018 ballot, to establish pricing and other regulation of kidney dialysis clinics in the state.
“March For Our Lives” to be held March 24, 2018, urging the President and Congress to take action on gun legislation.
County Measure T2019 (Cannabis Operations General Tax)– imposing a tax on cannabis operators within unincorporated areas of the County upon gross receipts with rates of 1% on nurseries and distributors, 3% on manufacturers, 4% on cultivators, and 6% on retailers.